Why Grayscale’s Bitcoin ETF Could Actually Get Approved 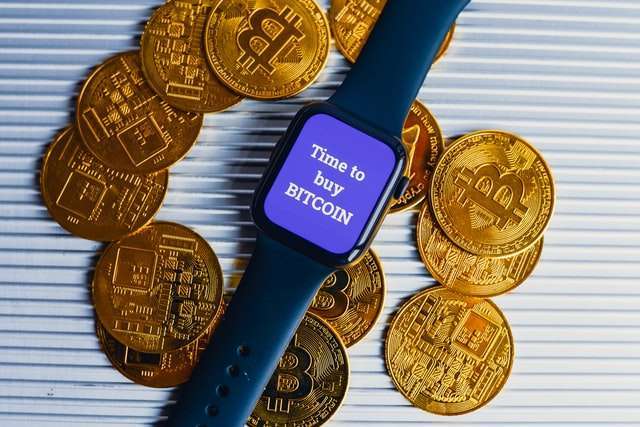 It is an unpopular opinion to think that Grayscale’s spot-based Bitcoin ETF could get approved, but the company is confidently gearing up and it seems like they will not take a ‘no’ for an answer.

The Grayscale Bitcoin Trust (GBTC) has always been intended to eventually convert into an ETF, the company has explained several times. Currently, GBTC “offers liquidity through the OTCQX market,” so by converting it into an ETF it would uplist the shares from OTCQX to NYSE Arca.

The company is “committed to creating a competitive spot-based Bitcoin ETF product”, and even though many remain extremely exceptical that their ETF will get approved by the Securities and Exchange Commission (SEC) anytime soon, Grayscale’s CEO Michael Sonnenshein shared during the Wahington Post Live the reason behind his steady confidence.

Why Sonnenshein Believes It Could Happen

The CEO claims that there has been “a real evolution in the thinking that we’ve seen from the SEC.”

“Historically, there were no ETFs around Bitcoin allowed to come to market, and a couple of months ago, they allowed for the first Bitcoin futures product to enter into the market. Historically, the SEC had said they had concerns over the underlying Bitcoin market. Was there a fraud? Was there manipulation? Was there enough surveillance of it?”

Sonnenshein thinks that the way the SEC perceives Bitcoin has evolved, seeing that “now the SEC has approved Bitcoin spot ETFs under the ’33 Act.” For this reason, the CEO also believes that “the next natural step for the SEC is to approve a spot Bitcoin ETF.”

The CEO suggested that approving to convert the product into a Bitcoin ETF “would bring it closer into the SEC’s regulatory perimeter”,  so to his eyes it would be a ‘win-win’.

But by saying this he is also preparing for a less amicable resolution, remarking that there could be “potentially grounds for an Administrative Procedure Act” if the SEC does not approve the ETF, reminding that the company could pursue legal action against the SEC.

The CEO claims that the SEC is treating favorably futures products as opposed to spot products, which could be proven to be against the law.

“If the SEC can’t look at two like issues, the futures ETF and the spot ETF, through the same lens, then it is, in fact, potentially grounds for an Administrative Procedure Act violation,” he said.

“Who is the SEC protecting by not approving this product?” Sonnenshein questioned sharply, ” It’s very rare that you see asset managers and companies asking a regulator to even further bring their products under their purview.”

The SEC’s inbox is packed with letters written by investors who want this ETF to be approved. The company sees this as a positive sign and believes that “It’s significant enough that the SEC has solicited public comments on the decision.”

The deadline for the approval is the 6th of July and Grayscale is not playing around.

The VP of Corporate Communications at Grayscale Jennifer Rosenthal stated that the company “has been preparing for all scenarios”:

Gearing up, the company just added Donald B. Verrilli Jr. to their legal team. The lawyer Verrilli served as Deputy Counsel to President Obama and was the 46th Solicitor General of the United States. With Virrilli having achieved such an impressive trajectory throughout his career, this move by Grayscale seems to corroborate that they are indeed “preparing for all scenarios”.

Rosenthal thinks that “It’s paramount that Grayscale has the strongest legal minds working on our application to convert $GBTC to an ETF.”

As per the announcement, he will “serve as a senior legal strategist,” and work alongside Grayscale’s attorneys at Davis Polk & Wardwell LLP and in-house counsel.

“He is one of the nation’s most experienced attorneys with a deep understanding of legal theory, administrative procedure, and the practical matters of working with the judiciary branch.

Over the course of his career, he has argued more than 50 cases before the United States Supreme Court, including several that dealt directly with Administrative Procedure Act (APA) violations.” Grayscale stated.

It seems like Grayscale knows that the 6th of July probably won’t be the day to celebrate, but “a matter of when not if” remains their crypto motto.