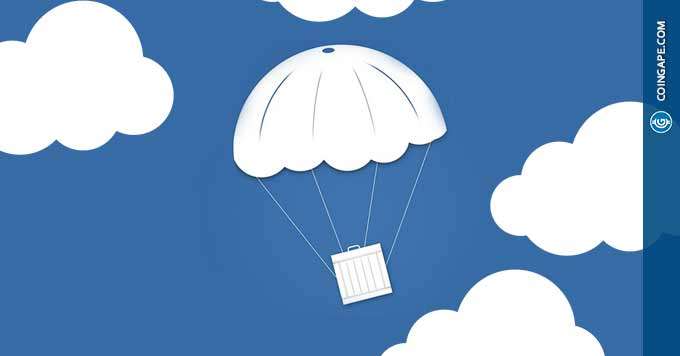 The Ukraine Government said on Tuesday it would airdrop crypto donated to the country’s official wallet, as donations crossed $50 million. The country’s official twitter handle said an airdrop was confirmed, and that a snapshot would be taken on March 3, at 6 pm Kyiv time (4 pm GMT).

An airdrop is an event where a growing blockchain project releases free tokens to members of its community, usually as a promotional tactic. The move is used to boost engagement with said platform.

Airdrops have also gained traction in the NFT community since last year. Members of the OpenSea NFT marketplace recently received a free Ethereum-based token called $SOS. Given that  the Ukrainian government has been accepting donations in bitcoin, ethereum and tether since the beginning of the Russian invasion, it was not immediately clear what assets would be distributed.

A few days after the Ukraine government began soliciting donations through crypto, the community has donated more than $50 million in digital assets to the country, according to data aggregator Slowmist.

The Russian invasion has also seen crypto adoption skyrocket in the country, with citizens turning to Tether after electronic payments were suspended in the country. Reports also suggested that a cash shortage was prompting trade through Bitcoin.

Ukraine has also attempted to use crypto as a means to further pressure Russia into retreating. The government recently asked several major exchanges to completely ban Russians from their platforms.

Ukraine’s Vice Prime Minister Mykhailo Fedorov recently announced a bounty for any information regarding the crypto wallets of Russian and Belarusian politicians.

Both moves were criticized by the community. But Ukraine has been a major proponent in crypto adoption, having laws that recognized the space even before the Russian invasion. The country was ranked fourth on Chainalysis’ Global Crypto Adoption Index last year. Recent sanctions against Russia, some of the strictest yet, have also fueled speculation that the country could use crypto to bypass restrictions.