The FED Released A Study Of The Lightning Network. These Are Their Conclusions

Bitcoin is the FED’s new favorite subject. Fresh from the Federal Reserve Bank of St. Louis measuring inflation in BTC terms, comes the Federal Reserve Bank of Cleveland with a study titled “The Lightning Network: Turning Bitcoin into Money.” A thorough investigation that unfortunately only “covers the period January 1, 2017, to September 5, 2019,” their conclusions are far from surprising.

“We find a significant association between LN adoption and reduced blockchain congestion, suggesting that the LN has helped improve the efficiency of Bitcoin as a means of payment. This improvement cannot be explained by other factors, such as changes in demand or the adoption of SegWit.”

What’s surprising here, though, is that the FED is looking into bitcoin’s Lightning Network. And has positive things to say about it. What exactly is going on here? Let’s check what they found to see if it gives us any clues. 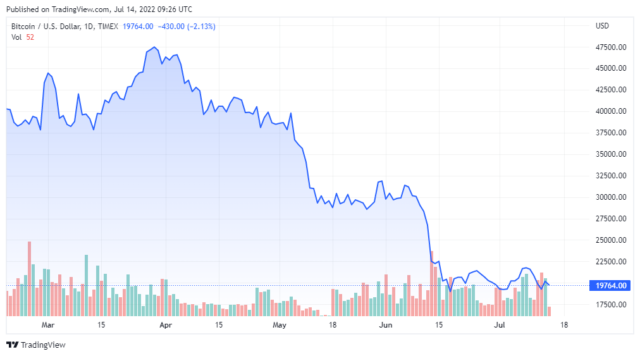 The FED’s Most Interesting Observations

Well FED, that’s exactly the objective. Could the “lower mining fees” affect the project in the long run as altcoin fanatics love to say? Maybe in 50 to 100 years. For now, the miners’ rewards are guaranteed.

In this study, every little sentence is sourced… except for this one. Why is that, FED?

Notice the “may” there, this is not guaranteed. And it’s the least interesting thing about The Lightning Network.

Take that, altcoiners! Even the FED knows how terrible the “The Lightning Network is centralized” argument is. However…

Good to know, FED. Nobody wants or needs centralization, though.

Observations About The Bitcoin Network As A Whole

No further comments on these ones.

Questionable Observations In The FED’s Study

The Lightning Network implies a much much much lower energy consumption because it doesn’t require mining. However, the bitcoin network and PoW mining is the environment’s best friend, as this other study clearly shows.

Stop it, FED. The bitcoin network is the only decentralized one. Altcoins can be many things, but decentralized isn’t one of them.

Once again, that’s exactly the objective. It’s good that even the FED admits that it works as intended, though.

It’s good to remember that both channels and network capacity are at an all-time high.

Good, but nobody wants centralization anyway.

Those are promising numbers, to say the least.

Even the FED knows this.

It is, though. And the party is just getting started.

And that’s it. It’s crazy how this FED study and the previously analyzed blog post arrived at such different conclusions. Are we dealing with a good cop/ bad cop situation here?