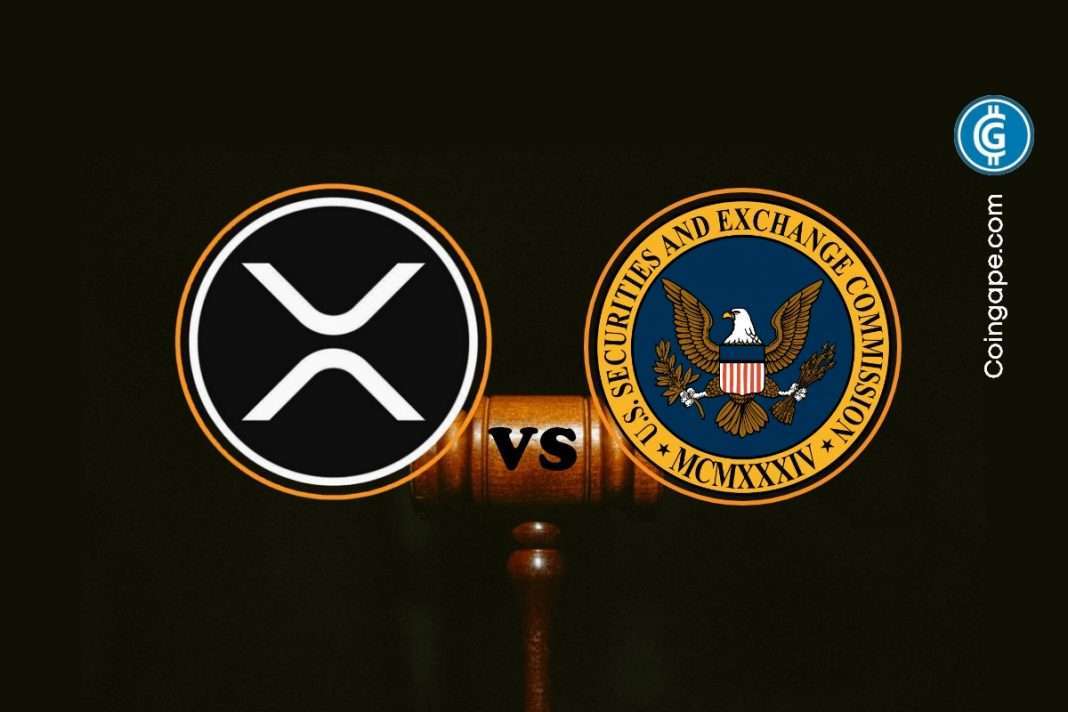 As the Ripple Vs U.S SEC lawsuit approaches the summary Judgement, the anticipation of cracking a settlement between the parties is on the top of everyone’s head. Meanwhile, the XRP holder’s lawyer has cleared the air over this dispute.

John Deaton mentioned that there are people who believe that Ripple won’t settle now. Ripple CEO Brad Garlinghouse would have written the cheque immediately if people SEC Chair Gary Gensler would have agreed to declare all ongoing and future sales of XRP as non-security.

He added that Ripple is not going to not settle the global crypto market and can get a favorable ruling. Ripple CEO holds the duty to the firm’s shareholders but not to the crypto market. However, there is no such assurance that Ripple will do better than the Judge’s ruling.

Meanwhile, he highlighted that the settlement will not give the XRP token regulatory clarity but regulatory certainty. Second, a settlement will end the litigation process and therefore there are no appeals. In the case of Ripple winning the Summary judgment, the SEC might be filing an appeal.

Can case go beyond Summary Judgement?

Deaton added that the exchanges will relist XRP if the commission declares ongoing and future sales of it are non-security. However, if a judge orders that XRP is not a security. Her ruling will be appealed then exchanges would likely relist the token.

He suggested that there is a possibility that the judge won’t be able to completely resolve the issues. The case can be moved forward with the full length jury trial if they decide so.

Ripple has successfully adapted to the circumstances built by the lawsuit. The blockchain firm and its native tokens have borne a lot of damage by the case, Deaton added. Meanwhile, he concluded that stating these things does not suggests that settlement is imminent.