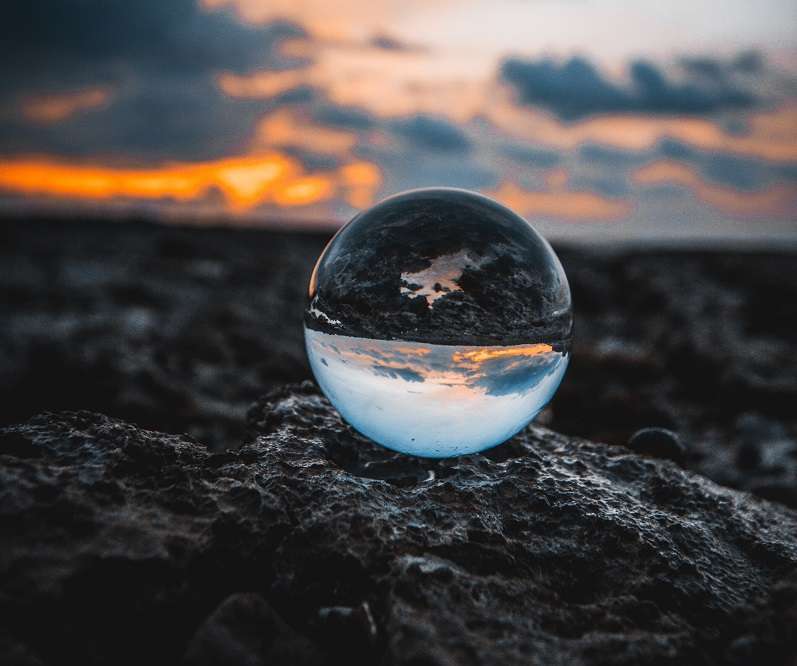 The Terra / Luna / UST collapse keeps on generating headlines. This time, we’ll use the data in ARK’s “The Bitcoin Monthly” report to establish its impact on the bitcoin ecosystem. Remember that the non-profit organization LFG, AKA as the Luna Foundation Guard, was accumulating BTC to defend UST’s peg to the dollar. In a then-delated May interview, Terra’s Do Kwon said that they were trying to get to $1B in BTC so that “besides Satoshi, we will be the largest single holder of Bitcoin in the world.” He also proclaimed, “within the crypto industry, the failure of UST is equivalent to the failure of crypto itself.”

At one point, it appeared that BTC and UST destinies were inextricably linked, but the bitcoin network absorbed the collapse nearly unscathed. Let’s look at ARK’s numbers and try to figure out how it did it.

At this point, everybody knows what happened with Terra. Nobody knows how it happened, though. Was it a coordinated attack or did the natural market’s forces trigger the death spiral event? We wouldn’t know, but the fact of the matter is that the UST de-pegged from the dollar causing a bank run in the Anchor protocol, and the eventual demise of the algorithmic stablecoin and its twin, LUNA.

How big was the collapse? According to ARK’s report:

“In addition to causing the crash in UST and Luna, we believe Terra is the largest layer-1 blockchain failure in crypto history, wiping out a combined $60 billion of market capitalization between UST and Luna.”

Huge in size by any metric, but, how does it compare to previous crypto collapses? The only comparable collapse was “the Mt. Gox hack that stole 5.7% of total crypto market cap in 2014, Terra’s collapse destroyed roughly 2.7% of crypto’s total market capitalization.” The Mt. Gox hack almost destroyed the bitcoin network at a time when it was more vulnerable. The Terra collapse felt like a breeze in comparison, but, as the numbers show, it wasn’t. How Did The Terra Collapse Affect BTC?

Besides the LFG foundation reportedly selling its 80K BTC, the collapse created extreme selling pressure on bitcoin. According to the report, “exchanges recorded net inflows of 52,000 bitcoin, the largest daily inflow in BTC terms since November 2017 and the largest inflow ever in USD terms.” These are notable numbers. According to the bitcoin blockchain, the account associated with “LFG currently holds 313 BTC, down from 80,934 BTC held prior to Terra’s unraveling”. Did they sell the rest, though? Nobody knows for sure. Back to the report:

“To backstop UST’s peg, The Luna Foundation Guard (LFG) reportedly sold most of its ~80,000-bitcoin reserves, contributing to this record inflow.”

Surprising even hardcore bitcoiners, the network resisted this massive sell-off without breaking a sweat. Sure, bitcoin’s price suffered, but the blow wasn’t even close to being fatal. And ARK’s prediction reflects that fact, “now decoupled from the Terra blockchain, bitcoin’s selling pressure should subside, yet contagion in the crypto markets is still inconclusive.” Why? Because “bitcoin’s more secure and conservative blockchain should gain market share.”

Are Algorithmic Stablecoins Even Possible?

To answer this we’ll quote NYDIG’s report “On Impossible Things Before Breakfast,” which comes with the subtitle, “a post-mortem on Terra, a pre-mortem on DeFi, and a glimpse of the madness to come.” As the titles gave away, NYDIG believes that not algorithmic stablecoins nor DeFi as it currently stands are possible. Why? Well…

“No matter how well intentioned, all algorithmic stablecoins will fail and the vast majority – possibly all – of DeFi’s current versions will fail, where “fail” here means not gaining sufficient critical mass to matter, being hacked, blowing up, or being altered by regulation to the point of non-viability. In the end, the Terra project could control the supply of its money, but it couldn’t make its people value it. A printing press was the only (non)answer. Sound familiar? Lacking a lender of last resort, DeFi (re)creates the problems solved by central banks. Bitcoin solves the problems created by central banks.”

Related Reading | TerraLabs Sold Over 80,000 BTC To Rescue Its Stablecoin

As it usually happens, we could summarize this whole article with the old adage: “Bitcoin fixes this.”