NFT Collection Doodles Sees 400% Spike In Volumes On This 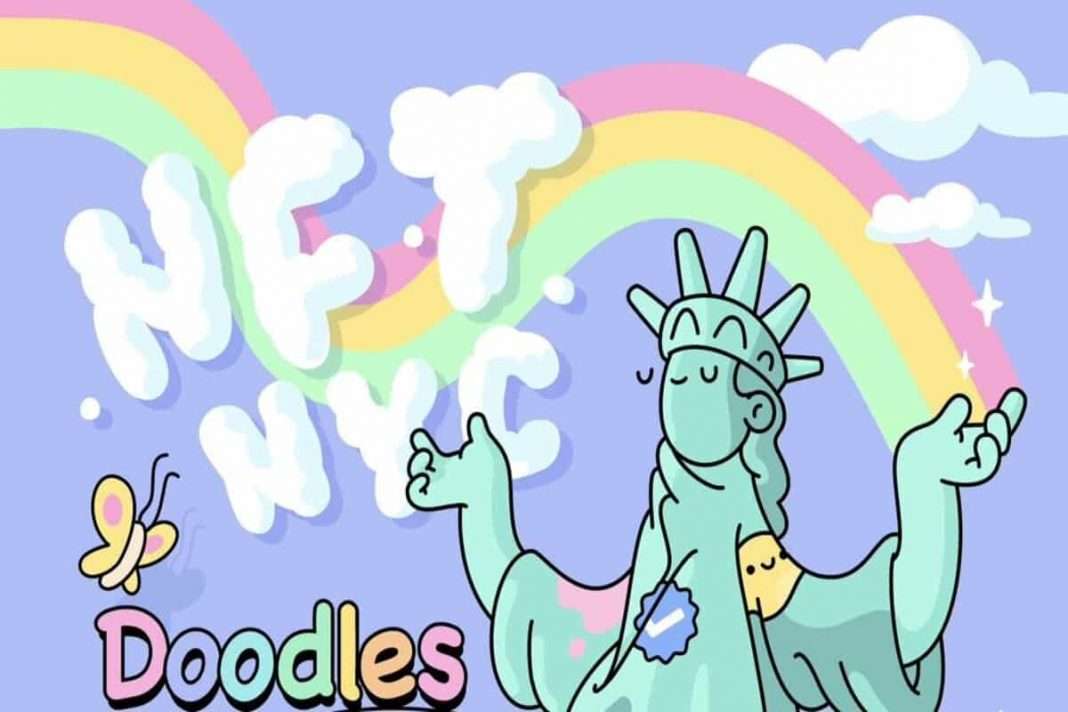 Doodles saw its sales volume skyrocket almost 400% and its floor price by 11%, both in the last 24 hours.

Meanwhile, the NFT.NYC conference failed to generate enthusiasm for the BAYC and CryptoPunks NFT collections. Both saw their trading volumes slip 34% and 57%, respectively.

Big Announcements By Doodles at NFT.NYC

Alongside the announcements of Doodles 2 and Pharrell Williams, Doodles also revealed a music album “Doodles Records: Volume 1”, that will be released in partnership with Columbia Records. Pharrell will serve as the executive producer for the album.

They also disclosed that Reddit co-founder Alex Ohanian’s venture capital firm Seven Seven Six led the first round of financing. Moreover, Doodles will also develop a game based on their art.

These announcements are perhaps the reason why Doodles was one of few NFT brands to see a massive increase in price and sales volume.

Disappointment For BAYC And CryptoPunks Despite NFT.NYC

The NFT.NYC conference failed to raise any enthusiasm for NFTs. The Bored Ape Yacht Club won the award for ‘Best NFT Business Model’. Despite that, BAYC saw its sales volume drop by almost 34% and its price by 7%.

However, some major names in the NFT industry seem unconcerned with the struggling NFT market. Chris Cantino, the co-founder of Color Capital, revealed on Twitter that people at NFT.NYC conference were more interested in talking about building the future, rather than the fluctuating prices.

With major NFT brands struggling amid the recent NFT selloff, it remains to be seen how the market will recover from this downturn. NFT sales have been waning for most of the year, after peaking in 2021.