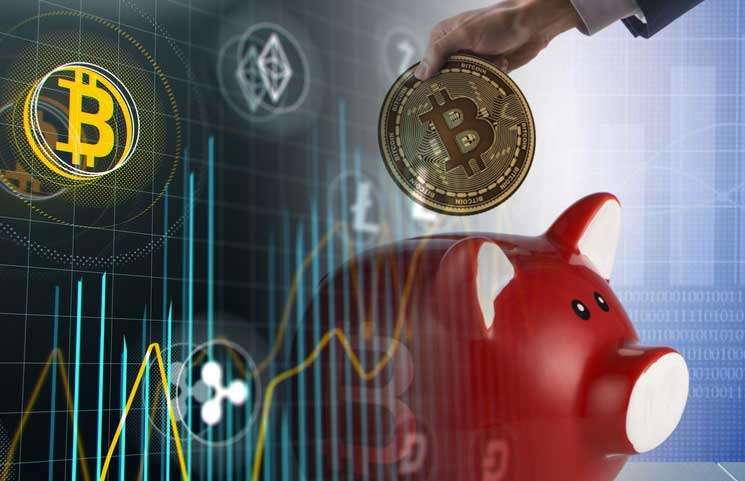 This also turns out to be the largest-ever weekly outflow this year. However, it was not the largest considering the total assets under management by the crypto investment firms. As the CoinShares report states: “the outflows last week were the 3rd largest on record, representing 1.2% of AuM”.

Does it mean that institutional players have been offloading their holdings during last week’s rise? CoinShares provides a broader picture of this. In the report, CoinShares mentions:

The outflows occurred on 17th June but were reflected in last week’s figures due to trade reporting lags, and likely responsible for Bitcoin’s decline to US$17,760 that weekend. Stripping out the US$493m outflows reveals that other providers saw aggregate inflows totalling US$70m, highlighting highly polarised sentiment amongst digital asset investors

As per the CoinShares report, the outflows were solely focused on Bitcoin with net outflows totaling $453 million. This erased all the inflows into the Bitcoin fund so far in 2022. With last week’s sell-off, the total Bitcoin Assets under Management (AuM) dropped to its lowest since Jan 2021 at US$24.5bn.

Interestingly, a very large part of Bitcoin outflows last week were from Canadian exchanges. As CoinGape reported, the ProShare Bitcoin ETF was the major seller over last to last weekend, when the BTC price tanked under $18,000.

On the other hand, Ethereum saw net inflows at U.S. $11 million. This was the first major net inflow after 11 weeks of consecutive outflows. Last week, ETH also witnessed healthy bounce back with price shooting past $1,200.