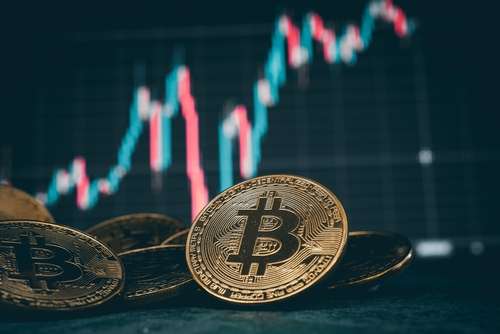 Bitcoin has fallen by 27% in the last five days with the S&P 500 index (SPX) in comparison declining by only 8% in the last three days. The world’s most popular cryptocurrency is currently trading at $22734, marking a 70% downfall from its all-time high of $69000 last November.

Bitcoin first hit the $20k milestone on December 16 2020 following a massive rally in crypto markets. While the Wall Street interest in cryptocurrency was widely credited for this gain, Bitcoin has since managed, for the most part, to stay afloat the $30k support level until recently.

As the currency now falls dangerously close to the $20k psychological price level, this article contrasts the contexts in which Bitcoin’s position can be understood at the $20k price point, 18 months apart.

Bitcoin’s record performance during the 2020 rally heavily relied on institutional investments as opposed to its traditional reliance on retail speculation. Massive names in the financial world including Paul Tudor Jones and Stanley Druckenmiller, and large tech companies like Square and MicroStrategy added Bitcoin to their portfolio.  This change in investor demographic pushed Bitcoin’s price over the $20k level.

Pandemic and FOMO Vs Layoffs and Liquidity Crisis

The 2020 rally witnessed a domino effect of asset managers offering crypto in their portfolios both in the interest of diversification and as a hedge against inflation. With the pandemic highlighting that the era of virtual currencies is here to stay, a Fear Of Missing Out (FOMO) was seen among traditional finance investors who now emphasised Bitcoin’s limited supply.

U.K. asset manager Ruffer which managed around $20 billion in 2020 announced that it was allocating 2.5% of its portfolio to Bitcoin during the rally.  The move was described by the company as an insurance policy against a continuing devaluation of the world’s major currencies:

“Bitcoin diversifies the company’s (much larger) investments in gold and inflation-linked bonds, and acts as a hedge to some of the monetary and market risks that we see.”

This institutional interest has taken a massive downturn recently amid crypto industry stalwarts like Coinbase laying off 18% of its workforce citing economic reasons.  Crypto lending platform Celsius paused all withdrawals earlier this week due to what it called “extreme market conditions”.

Experts have viewed this development as a sign of an impending liquidity and insolvency crisis in many parts of the crypto market, further harming Bitcoin’s price. The currency’s volatility is being heavily discussed across investor circles.

Ruffer announced last week that it was exiting its high-profile Bitcoin bet, calling the current situation a “speculative frenzy”.

Duncan MacInnes, an investment director at the company explained the decision by saying that “It just looked like this would be a time when it would be nicer to be watching from the sidelines than from in the trenches.”

The big question to be asked is if Bitcoin will fall enough in the next few days to hit the $20k price level and what such a development would mean for investors in particular and the crypto world in general.

Experts like Swan Bitcoin Analyst Sam Callahan believe that while a fall in Bitcoin’s price up to $13k is possible, its now-sophisticated investor base will ensure that the downturn is temporary. Explaining how such a scenario might pan out, Callahan said:

“If Bitcoin dropped below $20,000, I think we would see substantial buying pressure at those discounted price levels because Bitcoin’s long-term value proposition remains intact.”

However, this optimist isn’t shared by all. Arthur Hayes, former CEO of BitMEX explained that as Bitcoin falls below the $20k price level, a liquidity cascade could ensue leading to forced liquidation and additional downward pressure on the market.

In a Twitter thread, the expert said that a massive sell pressure can be expected in this condition, adding that crypto traders might as well shut down their computers as their charts will be useless for a while.